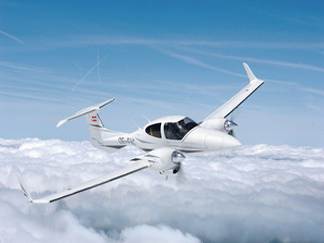 The airplane is made of carbon composite material.[2] It is equipped with a Garmin G1000 glass cockpit.[5]

In June 2010 a DA42 powered by Austro AE300 engines became the first aircraft to be publicly flown on algae-derived jet fuel.[7]