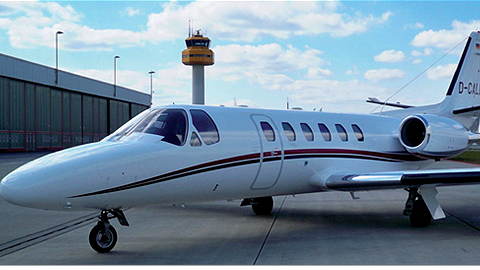 The Cessna Citation is a market brand-name used by American manufacturer Cessna for its line of business jets. Rather than one particular model of aircraft, the name applies to several “families” of turbofan-powered aircraft that have been produced over the years. Within each of the six distinct families, aircraft design improvements, market pressures and re-branding efforts have resulted in a number of variants, so that the Citation lineage has become quite complex. Military variants include the T-47 and UC-35 series aircraft.

The 7,000th Citation was delivered on June 27, 2016, forming the largest business jet fleet. The first Citation was put into service in 1972 and more than 35 million flight hours have been logged since.[1]